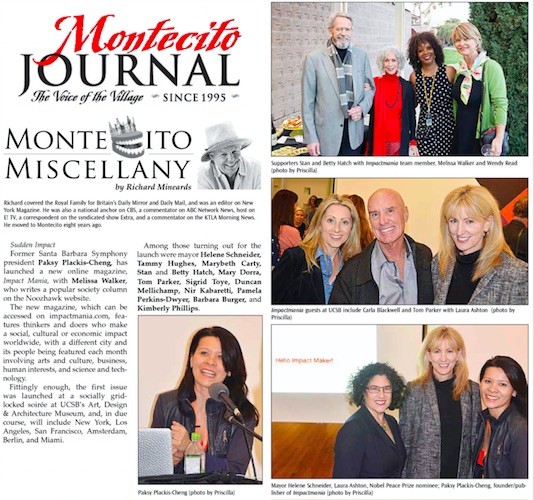 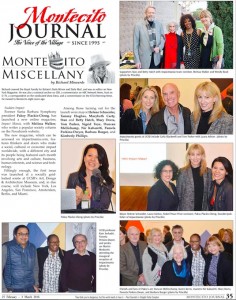 The online magazine was launched at the University of California Santa Barbara (UCSB) Art, Design and Architecture Museum with the Mayor of Santa Barbara, California, on February 19th 2016.

The first interviewee for the online magazine was nominated as part of a team for the Nobel Peace Prize 2016.

There are an infinite amount of people who are involved in meaningful and fun projects. We’d like to share with you these thinkers and doers who drive cultural, social, and economic impact.

Subscribe to impactmania’s social media and see who we feature next. Suggest one of your impact makers or Sponsor impactmania.

May 2016 “Passion” The Washington, D.C., Issue Yes, Washingtonians are passionately politically oriented, from what they… 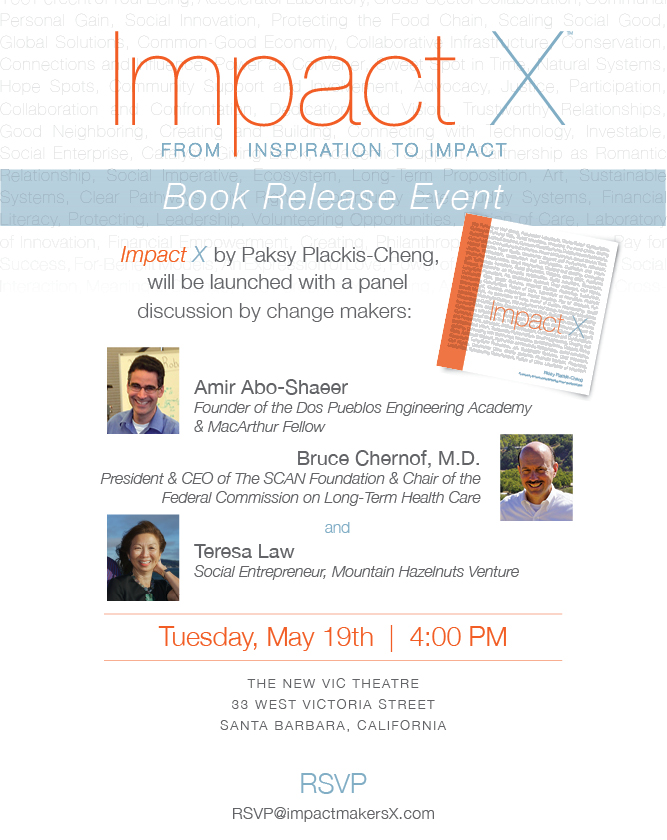 Save the Date: May 19th – Book Launch with Speakers Panel

CEO & CFO of Mountain Hazelnuts, the only international social enterprise in the Himalayan Kingdom…